Brooke told me about a UNC guy studying in Barcelona this semester whose first Facebook album of the experience is titled "BARS-elona." Clever, huh? I'm getting really sick of the "Party in Europe" study abroad stereotype. I realize that's how many people feel they can maximize their time here (with a run-on stream of wild nights they barely remember and mornings they slept through?). Every weekend I feel the pressure to do that, too. But I simply have different values. My kind of fun is waking up early with lots of energy and without a hint of a hangover so that I can walk for miles through one of the world's most vibrant and beautiful cities. And not one tiny bit of me feels like I'm doing it wrong.

So anyway, I visited Barcelona this weekend. It's potentially my favorite city so far.

This Saturday I went on another excursion with the Club Montaña. We left Pamplona in a big bus early in the morning, drove 2.5 hours, hiked 10 miles, explored a castle, and then drove back home. My kind of day — I didn't even mind the cold rain we walked through all morning. 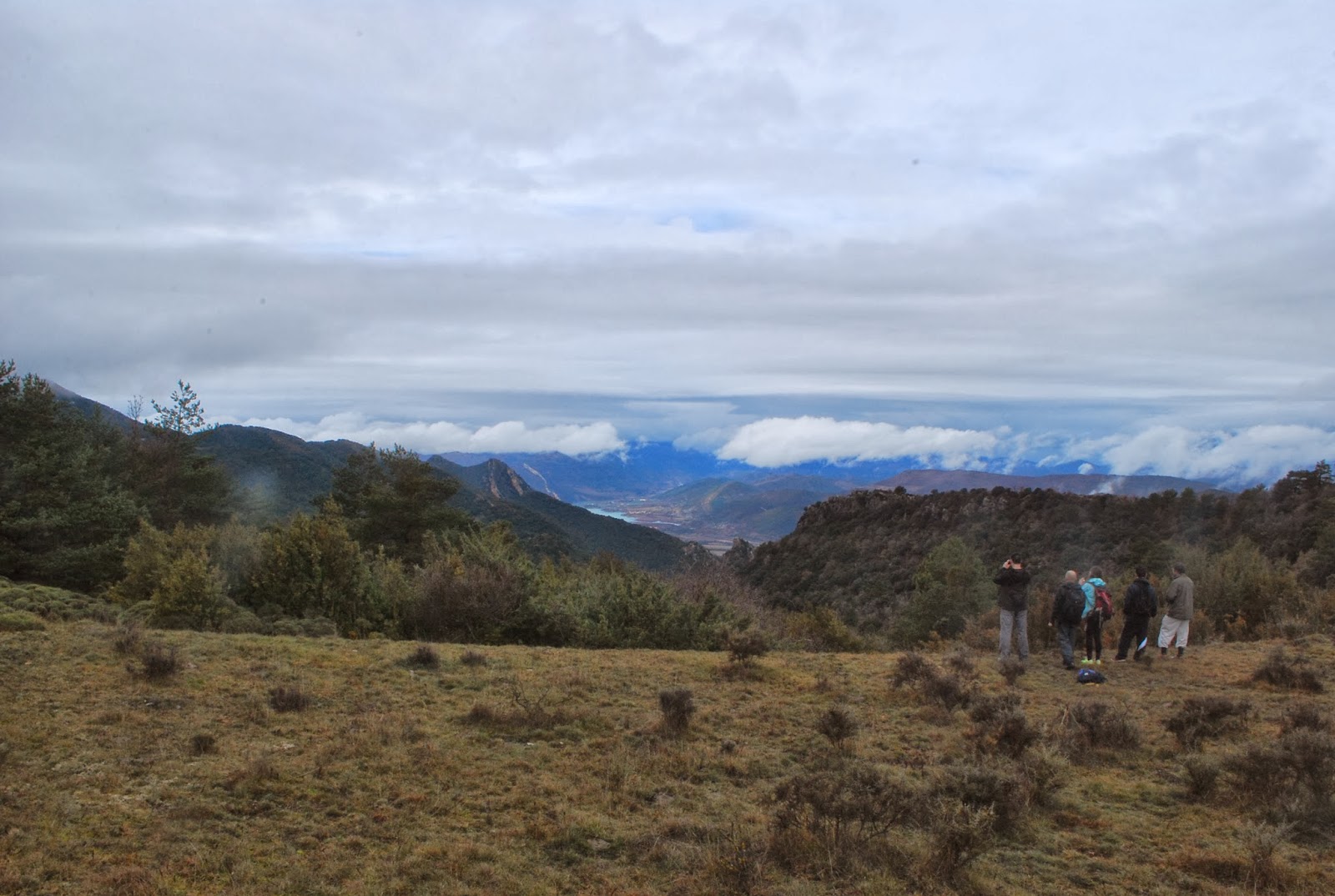 Posted by Caroline Leland at 7:01 PM No comments: Links to this post

Vitoria, Spain has lovely benches. I am intimate with several of them, as I spent much of today sleeping on them.

My solo day trip to Vitoria (1.5 hours west of Pamplona) started unpleasantly, as my stomach decided to empty its contents into the aisle of the bus about halfway there. I retched periodically for the remainder of the trip, suffering from some miserable combination of a hangover and carsickness. I dwelled on the vaguely positive thought that at least the bus was mostly empty; I was able to retreat to the very back so that no one else would have to suffer as I choked on my own bile.

When we arrived, I shamefully approached the driver.

"Estoy enferma y vomité en el fondo del bus," I confessed with a grimace and volunteered to clean it up.

"No te preocupes," he waved away my concerns. Someone from the bus station would do it, he told me. This isn't the first time it's happened.

We went back and forth a little bit, me insisting that I could clean up the mess, but he was indifferent since the responsibility clearly wasn't his. I gave in, thanked him and left the bus. After dealing with my Number One Priority — buying gum from a vending machine — and acquiring a city map from the info desk, I retreated to sit and catch my breath in the park next to the bus station.

I still felt terribly sick to my stomach. All the landmarks on the map looked dauntingly far away. So  I threw my pride into the bushes behind me, clutched my bag close, and took a wonderful hour-long nap in the sun. (Sun!!!)


Then I went to an art museum that had lots of rooms full of interesting art.

Then I sat for awhile on a bench outside the museum, as my nausea had started to rise again.


Then I went to look at some of the city's old historical cathedrals. I found one, but my petulant stomach wouldn't let me go any farther, so I took another lovely nap on a bench next to the cathedral. Also in the sun. I formed a new hypothesis that the sun has healing powers and that the gloomy clouds and rain of Pamplona is what made me sick.


After an hour or so I felt well enough to walk to some more cathedrals and a couple of pretty parks. I asked a passerby how to get to el Museo de Bellas Artes, and he jovially told me he was headed that way and invited me to walk with him. He was a friendly lawyer who was curious about race relations in North Carolina. Someone had told him interracial couples were stigmatized and he wanted to hear about it first-hand from an American. I told him it really depends on who you ask, because most people at a university wouldn't care at all, but I probably know people from my hometown who definitely wouldn't like it. It made me curious about racism in Spain. There's obviously less racial diversity here, but I really have no idea what the country's history is in terms of race and discrimination. It's something I want to find out.

I didn't eat all day, partly because I wasn't hungry and partly because I didn't want to tempt my stomach on the ride home — which was blessedly uneventful.
Posted by Caroline Leland at 3:20 PM No comments: Links to this post

The Setting of the Story

Now that the exciting newness of everything I'm doing is slowing down, I want to take a moment to give a decent description of where I am. Here's the backdrop for all these blog posts:

I live on the fifth floor of a seven-story apartment building on one of the town's main roads, which is called Pio XII (pronounced pee-yo dough-say). My bedroom window faces the windows of the neighbors across the building's inner courtyard, so usually I keep the thin curtains drawn so as to not be on display when changing clothes and such. My bedroom is a refuge for me; it's a quiet space I can retreat to at any time without worries of intrusion (even though the door has no lock). I've started a collection of maps on two of my walls; there are now 11 maps ranging from a tiny black-and-white representation of my university campus to a giant boldly-colored guide to Valencia.

The giant window in the apartment's main common room faces the east, so in the morning sunlight pours in and fills the whole room. We have a tiny balcony from which you have a clear view of the edge of town (not far at all) and Pamplona's mountainous backdrop. Even when on the street, the mountains can almost always be seen on the horizon. It's a lovely context.

The campus is a six-minute walk from my apartment, and then it's about six more minutes to the communications building where all my classes are. The FCOM building, as it's called here, is awful: it's designed in stark, heavy blocks of concrete that gives it the atmosphere of a prison. On Mondays, when I have class 9-5, I take every chance I have to leave the building and walk around campus (if it's not raining too hard) or do homework in the economics building next door.

The university campus is surprisingly spacious, with lots of wide green spaces and rows of trees lining the paths. Pamplona itself is surprisingly compact, something you realize when you're near the edge of town and suddenly see fields instead of urban blocks. If you walk six minutes from my apartment in the opposite direction of the university, you'll find yourself at a central park called the Ciudadela, where ruins from an old castle have been turned into a common green space. People are always jogging, strolling with baby carriages and walking their dogs in and around the Ciudadela — even in the rain. It has been my favored running route as well.

Walk straight through the Ciudadela and a couple of blocks later you'll find yourself in Casco Viejo, or Old Town. This is where most of Pamplona's bars and interesting restaurants and cafes are, as well as all kinds of retail stores. The opposite edge of Casco Viejo is bordered by the old city wall, built in the 1500s to protect Pamplona and the frontier behind it from the French. Below the wall is a river and beyond the river is a swath of residential buildings. Hemming it all in, of course, are the ever-visible mountains that circle Pamplona.
Posted by Caroline Leland at 8:57 AM No comments: Links to this post

The highlight of my weekend — which I largely spent sleeping in late and journaling in cafés — was the 10-mile hike Brooke and I embarked on Sunday. We took an early bus from Pamplona to San Sebastián (which I have learned that locals call by its Basque name Donostia). My Lonely Planet guide book had made me aware of a seaside hiking trail that runs 8k from San Sebastián/Donostia to its neighbor Pasajes — but the book failed to adequately describe the breathtaking cliff-top views over the ocean and the deep serenity of the quiet moss-covered woods through which the path took us. 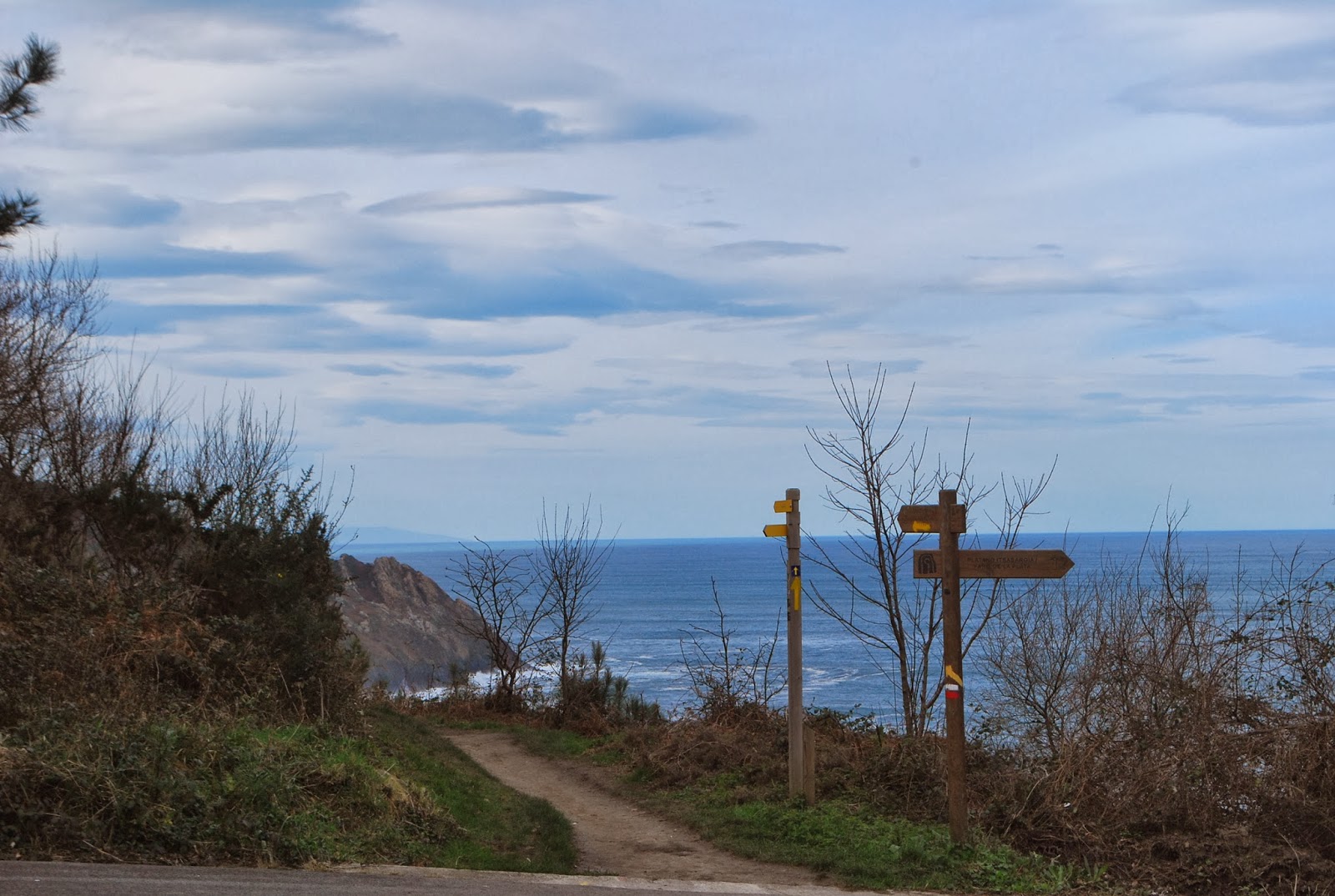 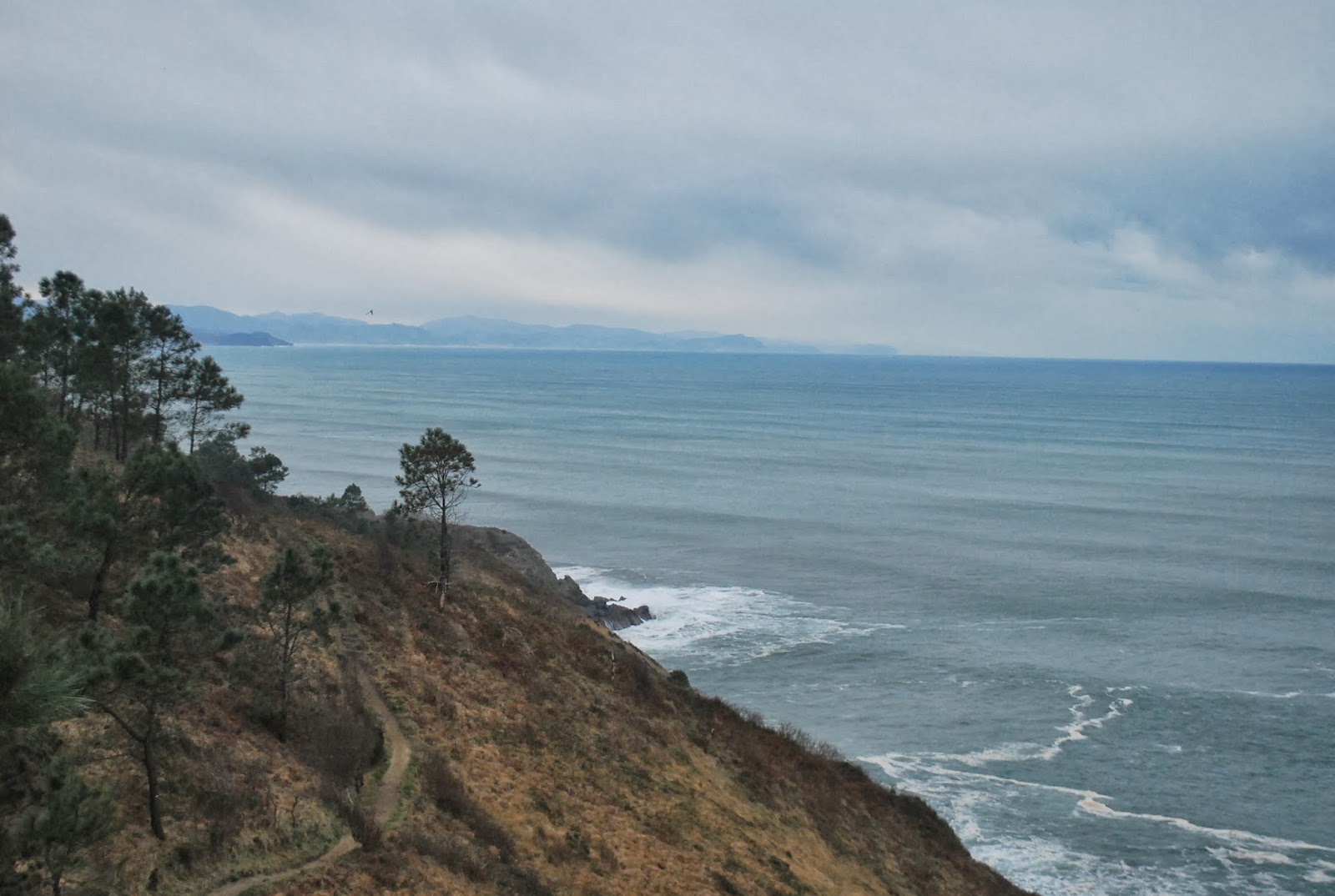 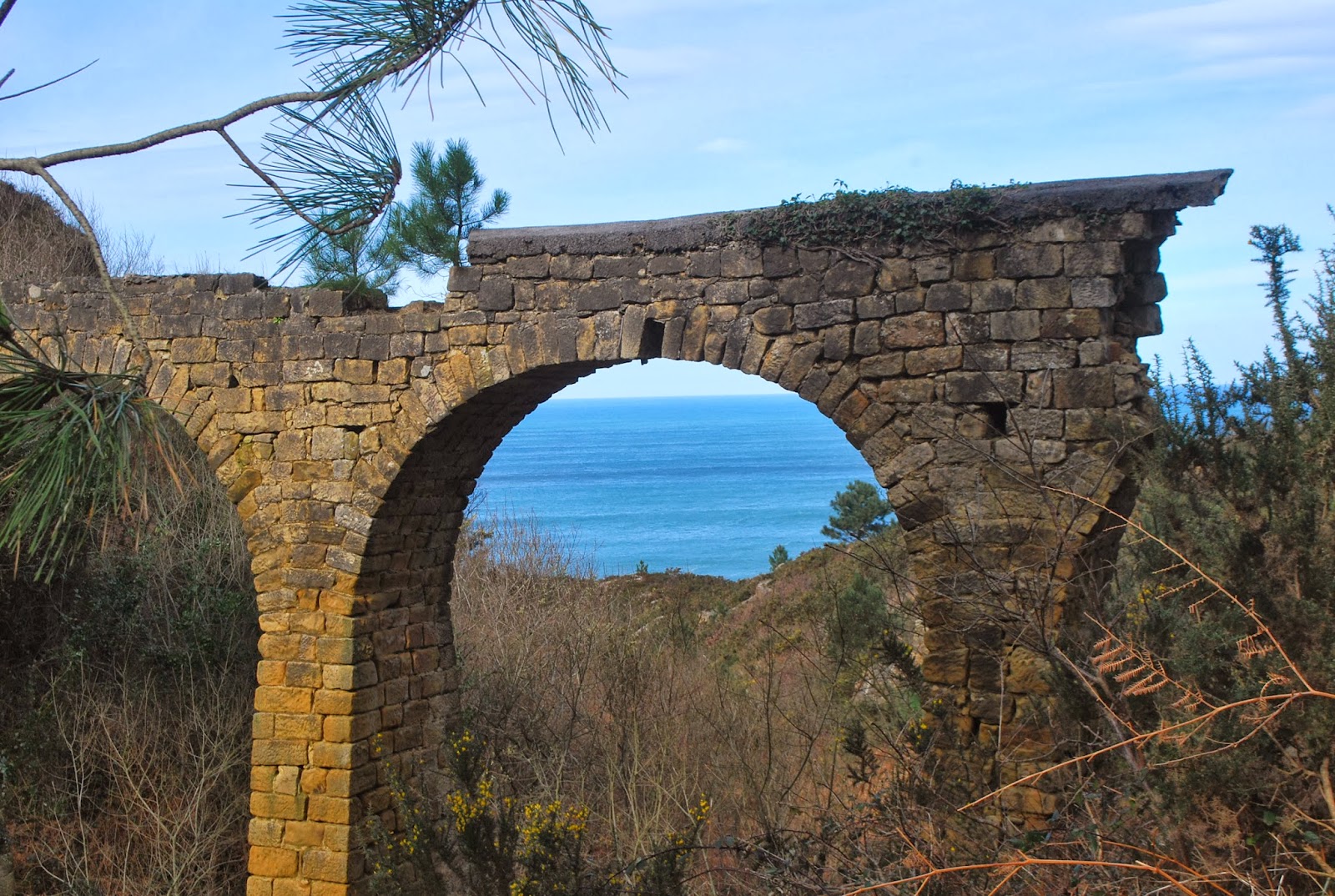 Those few hours being physically active in nature were even more refreshing to me than they might have been otherwise. I had spent the prior couple of days in a funk over an philosophical semi-crisis regarding life and love — something to which, as a chronic over-thinker, I am often susceptible. But trekking through the woods by the sea was, for me, an easy fix to that.

Brooke and I found Pasajes itself less than charming, so we stayed there just long enough for a slice of tortilla to hold us over until we got back to San Sebastián. Upon our return, I sampled for the first time San Sebastián's vast array of pintxos, something for which the city is deservedly famous. 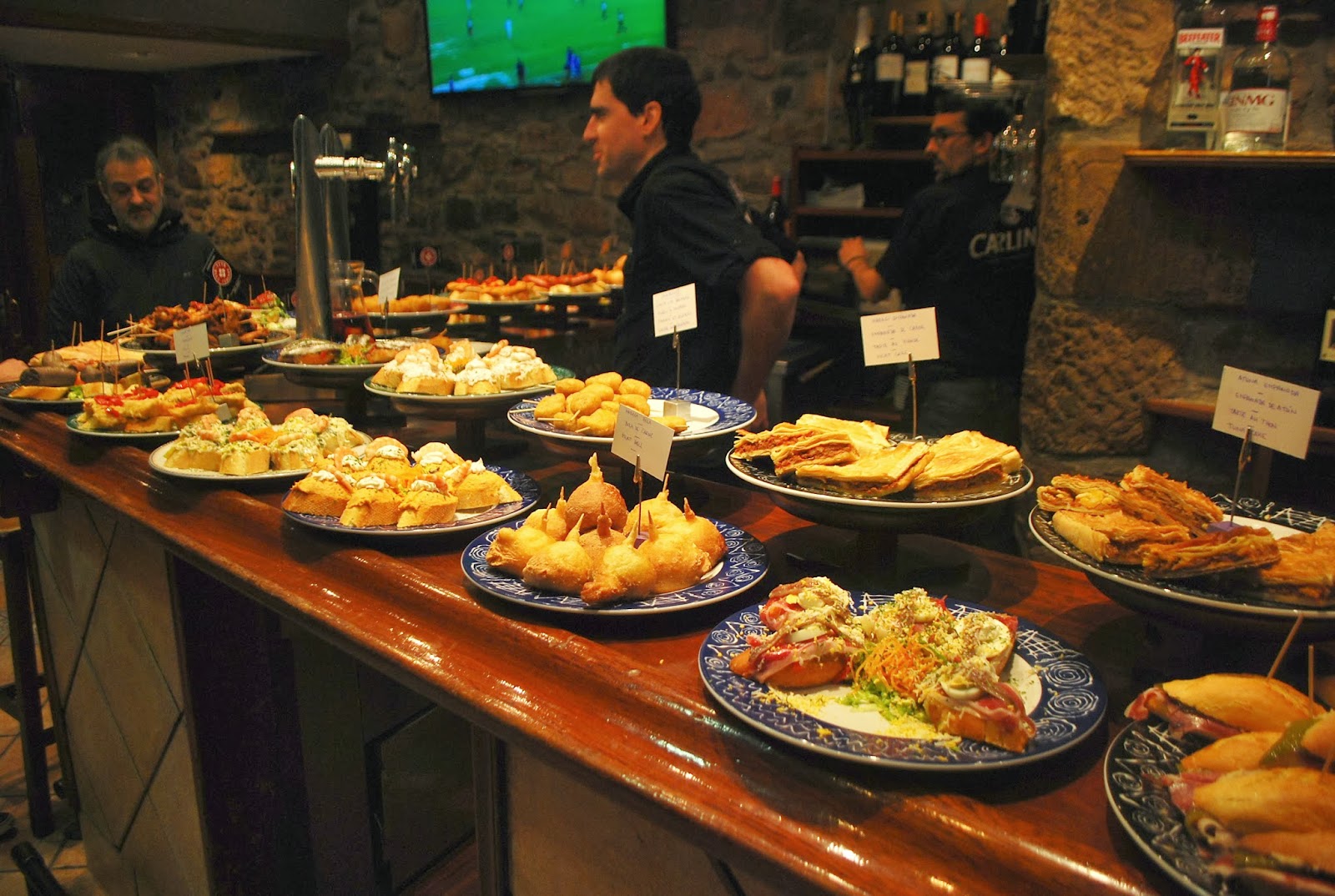 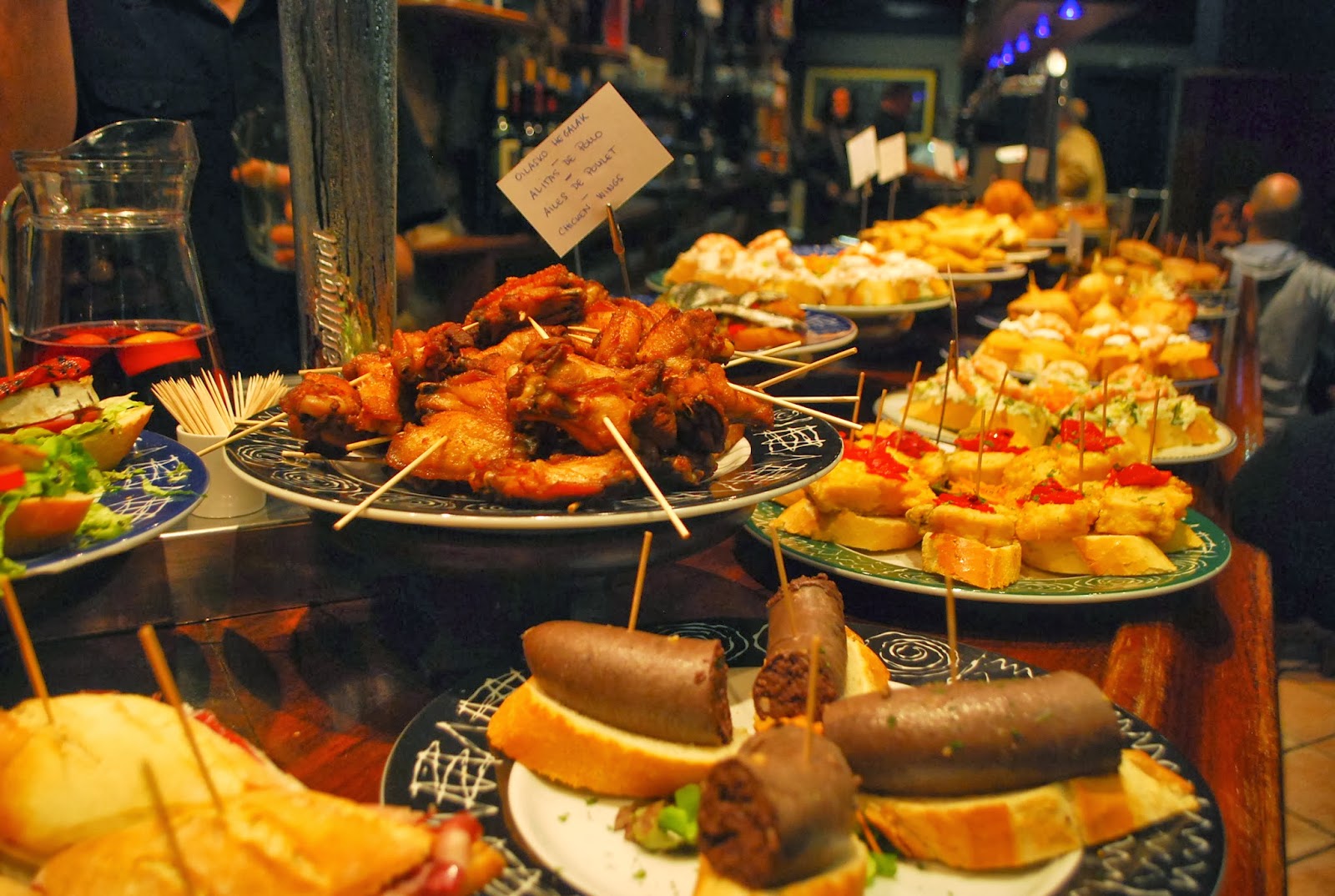 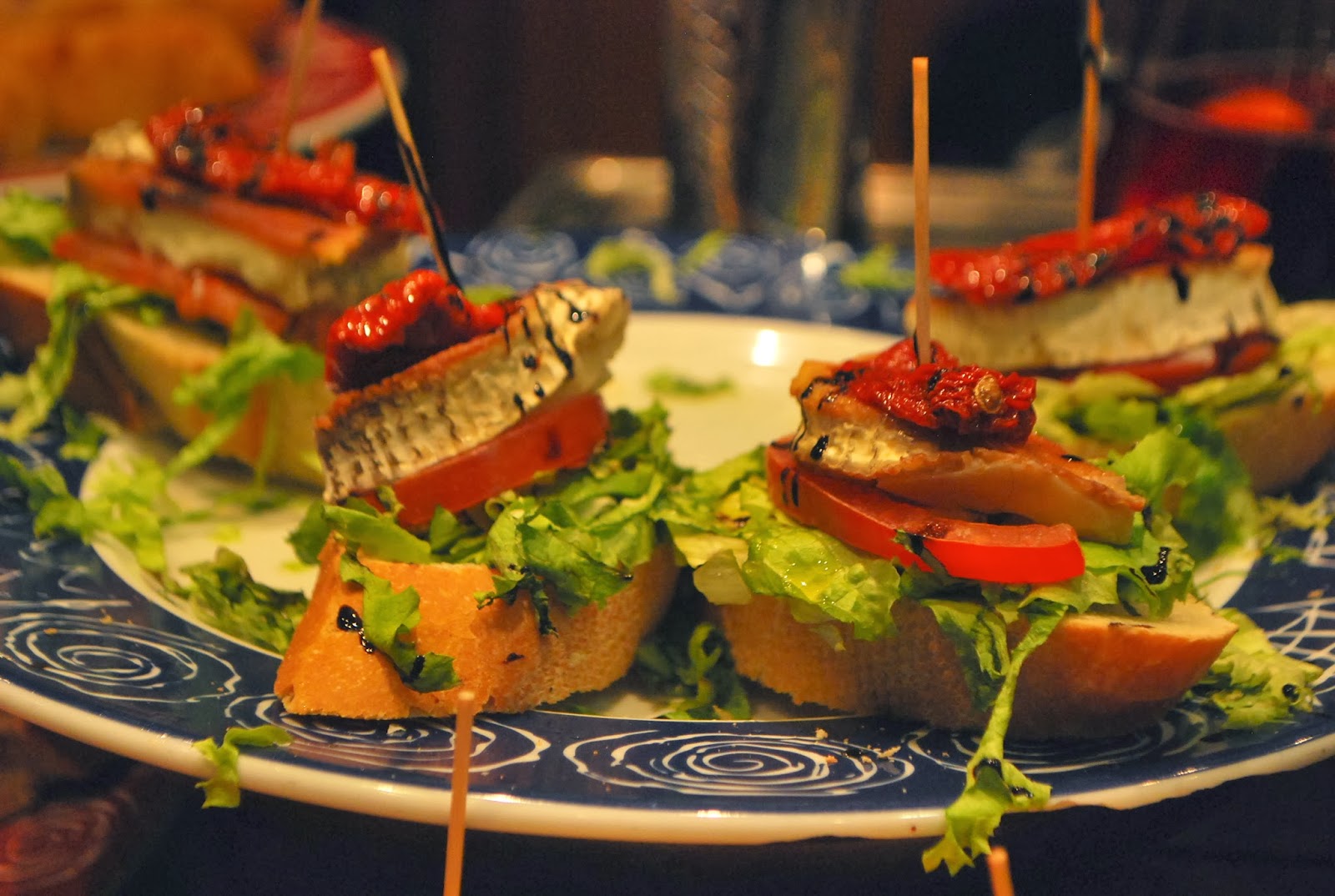 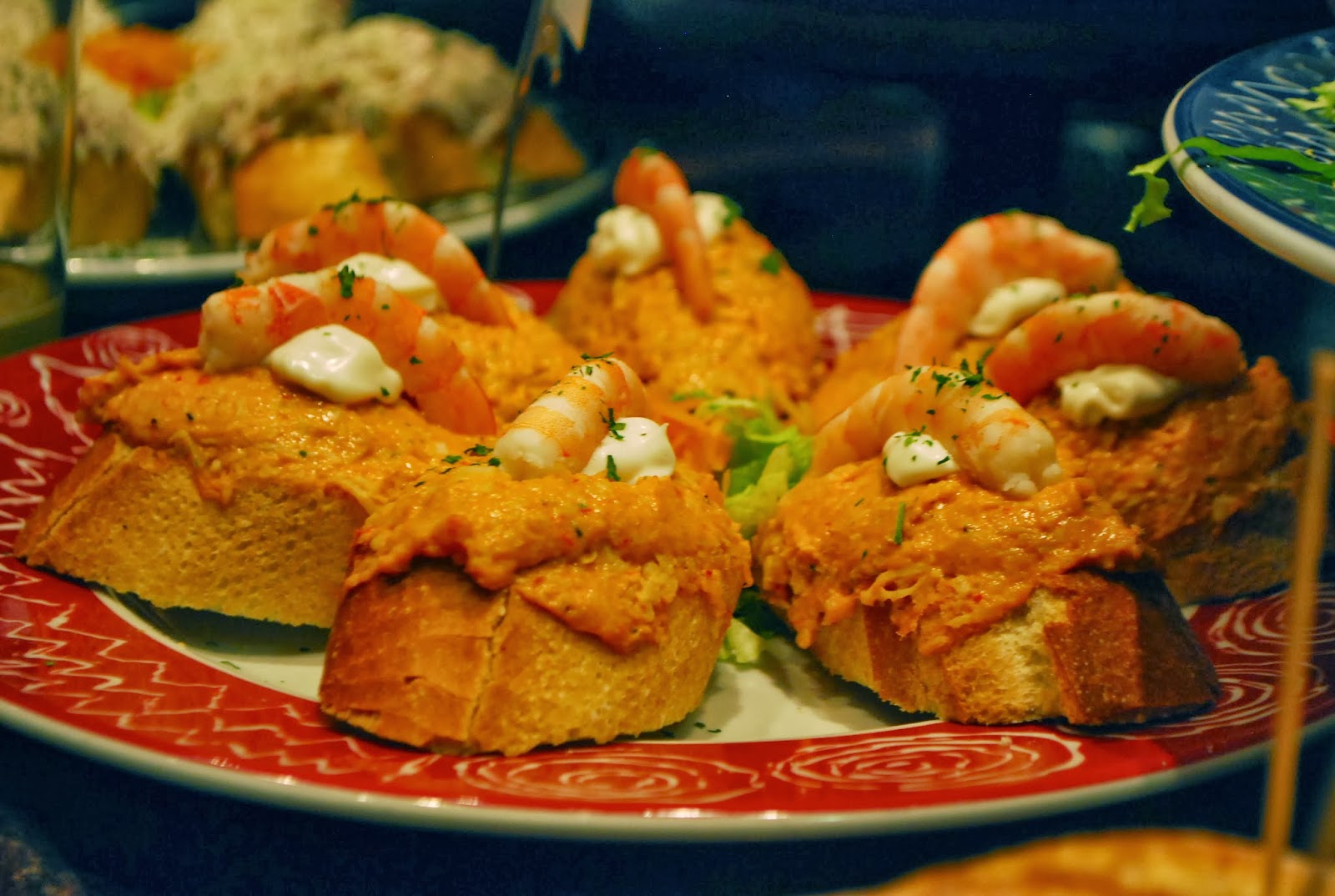 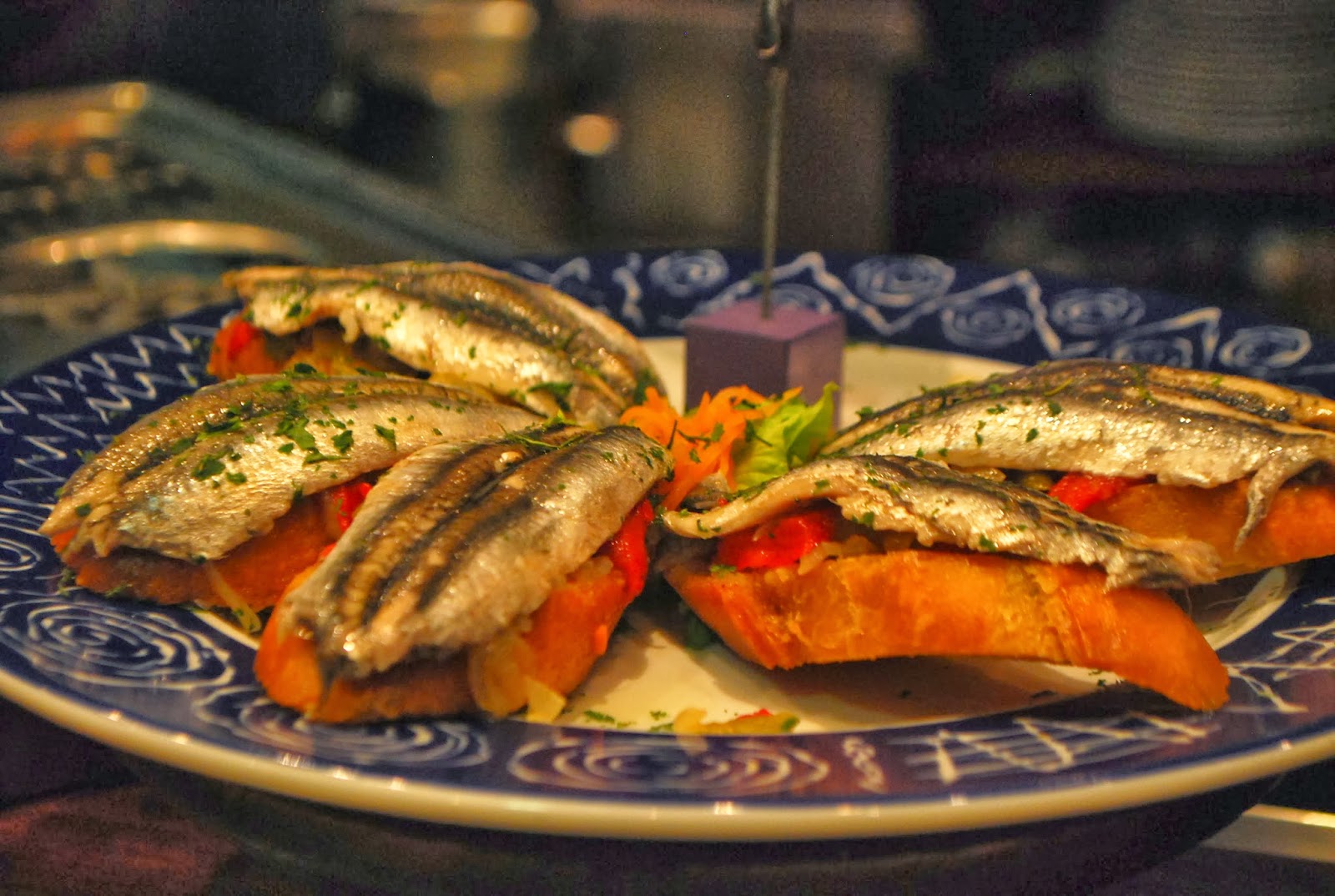 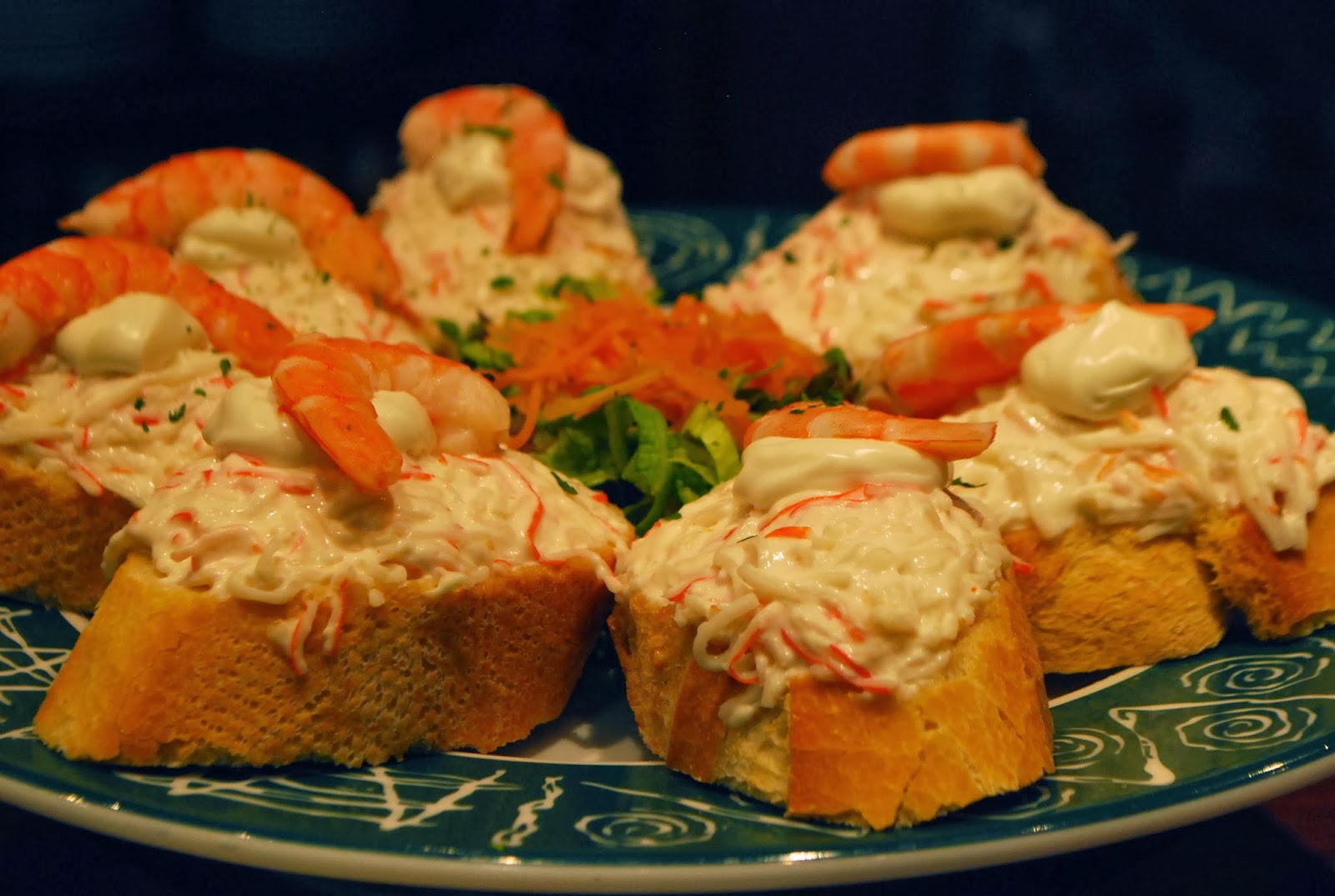 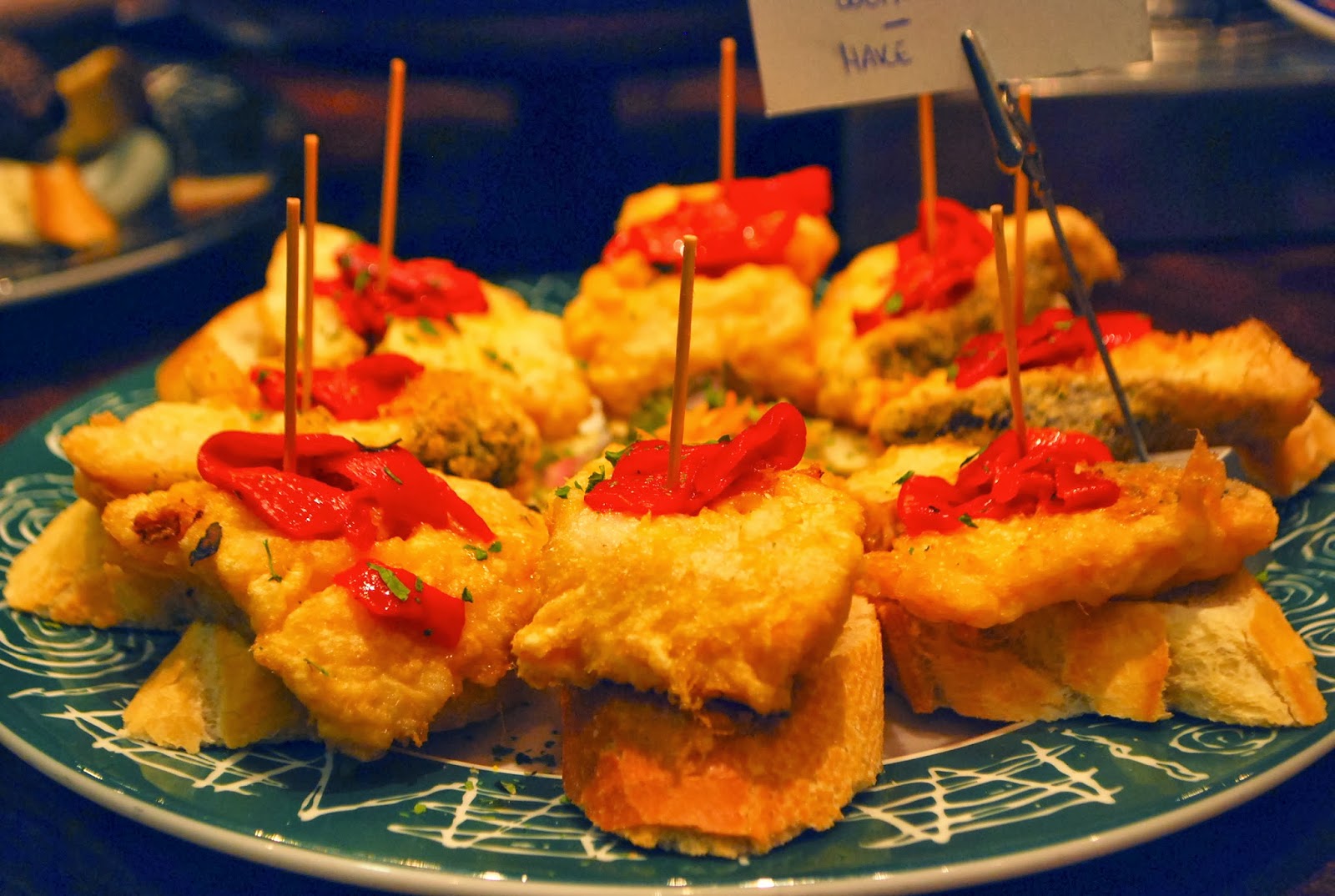 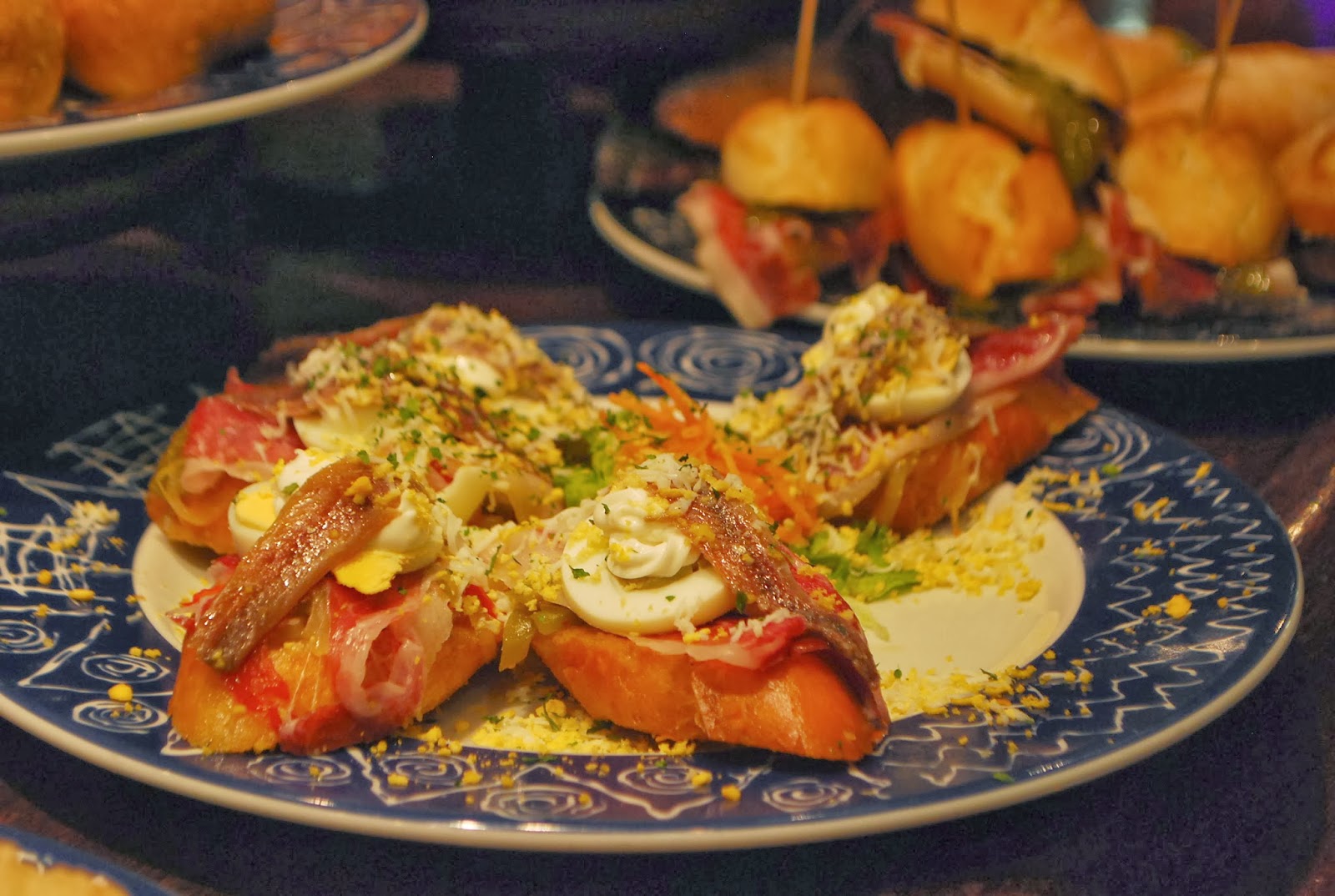 Second best to this weekend's San Sebastián hike was Friday night, when I went to a small concert in Casco Viejo (downtown) with Massi, Georgina, a Spanish woman Massi tutors in English and her friend. I was more interested in the opportunity to chat with a Spaniard than in listening to a Spanish band playing in a bar — but I enjoyed both immensely. We went to a different bar later and I forced myself to stay out to a "reasonable" Spanish time: an excruciatingly late 5:30 a.m. That would be why I spent half of Saturday sleeping — something I'm trying hard not to regret/resent. Vive la vida de España, ¿no?

Posted by Caroline Leland at 4:57 PM No comments: Links to this post