It's good to maintain a sense of childlike wonder, right? That's an admirable quality rather than a sign of naivety?

Maybe a bit of naivety is ok? I think I'd rather have naivety than cynicism. Cynicism is exhausting. It's discouraging. It kills ideas and dreams before they have a chance to surprise you. A cynic can't be surprised. I miss feeling surprised. Or appreciating good things when they come — and not being surprised by those.

I faced so many disappointments since graduation that I started to expect bad things. As a defense mechanism, I lowered my expectations of life. Except I couldn't totally quash my own hopefulness. So despite my attempts to steel myself against them, I kept getting hurt by the disappointments. Maybe the later ones hurt a little less than the earlier ones, because my expectations weren't quite so lofty. But they still hurt.

I started dwelling on the disappointments. I got ensnared in them. I cried on the way to work and on the way home. I cried myself to sleep. I sloshed cold water onto my puffy face in the morning, and I kept on carrying on. Because what else can you do? I got out of bed every day. I exercised every day. I talked to baristas. I blasted upbeat music in my headphones. I tried my best to steer clear of those spiraling trap-thoughts of despair. I have since realized that that struggle could be labeled as depression and can be treated with a totally affordable prescription pill.

In New York, things feel different. I know the citalopram makes a huge part of the difference: I don't cry every day anymore, and I know that's on account of the drug. My happy pill, as I fondly think of it. But I've always had more energy when I'm in the City. My vibrations go up, as I once heard someone describe it. The vibes of this city somehow complement the vibes in my heart. Soul? Body? I don't know. All of the above. I feel more alive here. I'm caught up that sense of childlike wonder — a sense I feel I've been losing. My experience in Austin violently tried to stamp it out of me; Nashville felt like more of a slow starvation, tempered here and there with certain blessings. New York hands the wonder to me. It wraps me in it. I'm so busy feeling wonder about the SNOW on the SIDEWALK that I forget to dwell on how frozen my face and fingers are. I wonder who shovels the sidewalks that aren't in front of shops. I wonder where homeless people sleep in this kind of weather. I wonder at how much snow came so quickly, and to a cover giant city like this!

Right now I'm sitting in a Black-owned business that's playing music by Black artists. I love it. I want to tell the owner how happy it makes me, if that didn't have potential to be misunderstood or misconstrued. To me, this cafe is a drop of antidote to all the national news that makes me cry.

I've also been more social in the past week than I was during a typical month in Nashville. I got invited to drinks with friends the night I arrived. The next night I went to a NYE party where I knew a few people and met a few more. I ate dinner the next night with my best friend and her family, who were in town for a birthday. Mid-week I got drinks with someone I knew from undergrad. Last night I hung out at the apartment of someone else I knew from UNC, along with a few other alumni whom I met there. Today I have plans to get coffee with another friend from UNC, and tomorrow I'll get lunch with family friends from Tarboro, coffee with a Duke friend, and dinner with a friend from Austin. This is insane to me. In Nashville I could easily go for two weeks without spending any time with a friend. And that drove me crazy. So I'm filled with awe and wonder that there are so many wonderful people here I want to and can spend time with.

I know this doesn't fully describe why NYC feels magical to me. I also know I'm far from the first person to wax poetic about NYC. But I'll keep thinking about it and will try to post my thoughts regularly. I'm ignoring the nagging annoyance that my dream is cliche. Because I'd rather be naive than cynical. 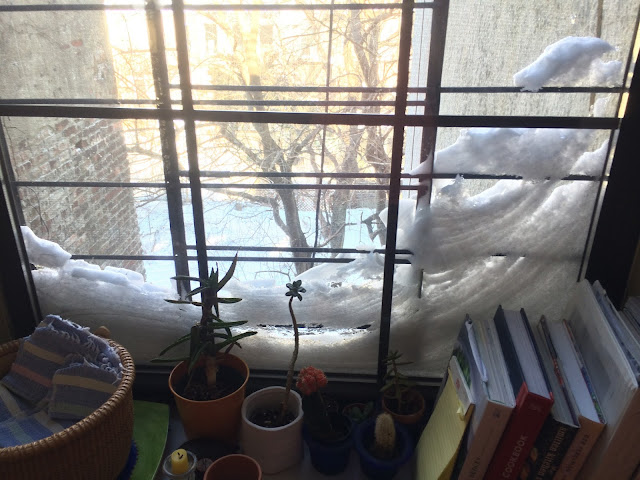 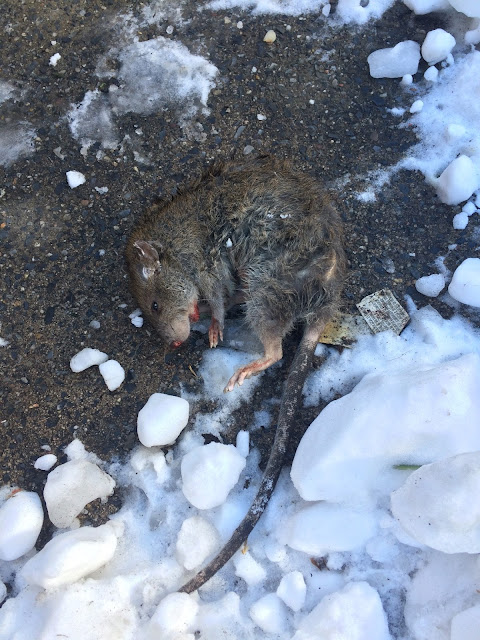 Posted by Caroline Leland at 3:00 PM