Before I left New York, I checked a few restaurants off my NYC bucket list, and I met up with several friends to say goodbye. Actually, I mostly did both of those things simultaneously. 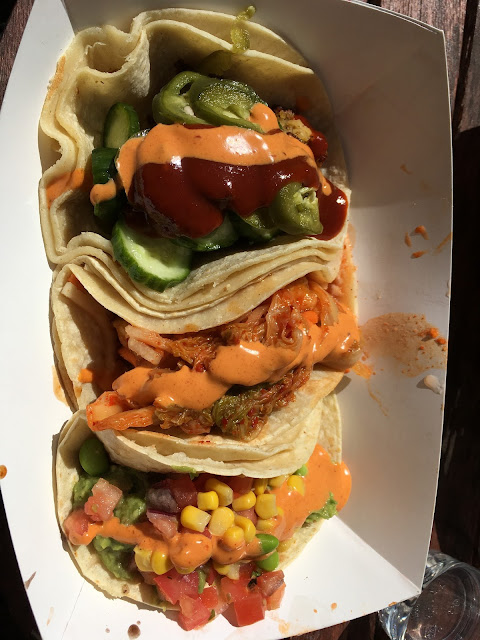 Leaving New York was bittersweet. I was excited for the change (for the new job, being closer to family, living somewhere different) but sad that my time in the City was cut short. I was there for only four months, after all. But it was long enough to make me a lot less angsty about never having lived there before (aside from the 10 weeks I spent there for my final college summer). If you include that summer, I've lived in New York for a total of six months, which is really more time than I ever spent in Austin. I think it counts. I still hope I'll return someday, but for now I'm checking this one off my ever-growing "cities to live in" list.
Posted by Caroline Leland at 9:11 AM