Day One on the Olympic Peninsula

I landed in Seattle around 3:30 p.m. on the Tuesday after Memorial Day, rented my car (a blue Subaru Crosstrek!), and then battled the 4 p.m. traffic (??) to get out of Seattle—kicking myself the entire time for not driving straight to Olympic from Portland.

I wasted a solid 30 minutes searching for an unsweet iced tea, failing to find it at a Subway or a KFC before finally finding it at Wendy's. By the time I got to the Wendy's, I was feeling so defeated I had to buy a 50-cent chocolate Frosty to comfort myself.

A couple hours later, I was finally among the tall evergreens of the Olympic Peninsula. When I was about half an hour from my intended campsite for the night, I made a short detour to see the WORLD'S LARGEST SITKA SPRUCE!!! 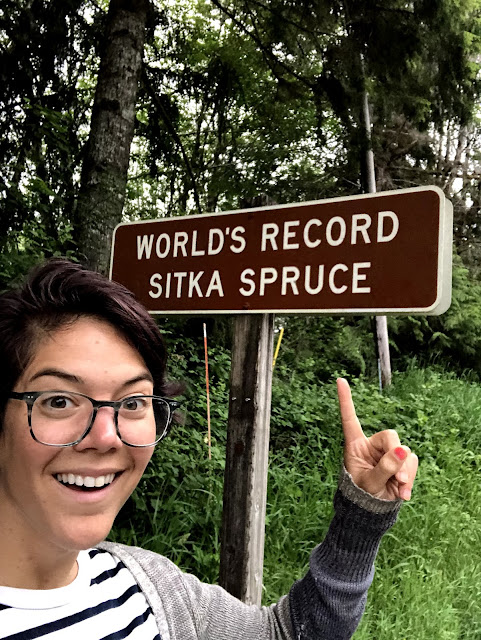 Then I camped by the ocean, at a campsite called South Beach. I hadn't filled up on water, so upon arrival I walked over to the camp hosts (a retired couple living in their RV for the summer) to ask where I could find water.

"The nearest water source is a few miles up the road," they told me. "But here, have some of our water."

I protested, saying I could easily drive to get myself water, but they told me they had a jug for bikers that they refilled every morning anyway.

So they filled my Camelbak and Nalgene, enthusiastically showed me some of their art (displayed in their RV windows), and bade me a good night.

The next morning, I drove to a bigger (prettier) beach (called Ruby Beach) a little ways up the coast. 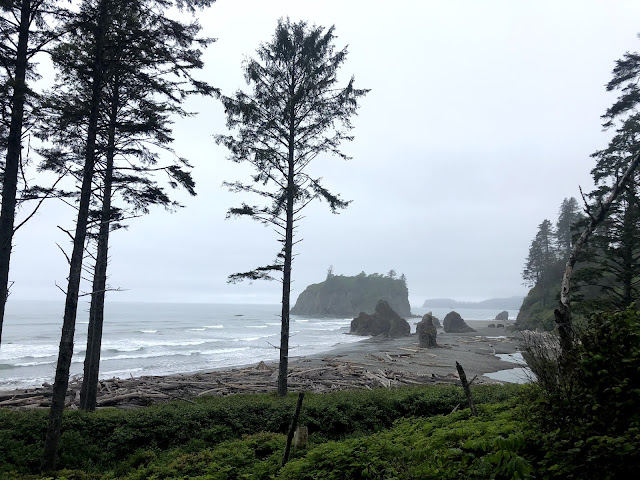 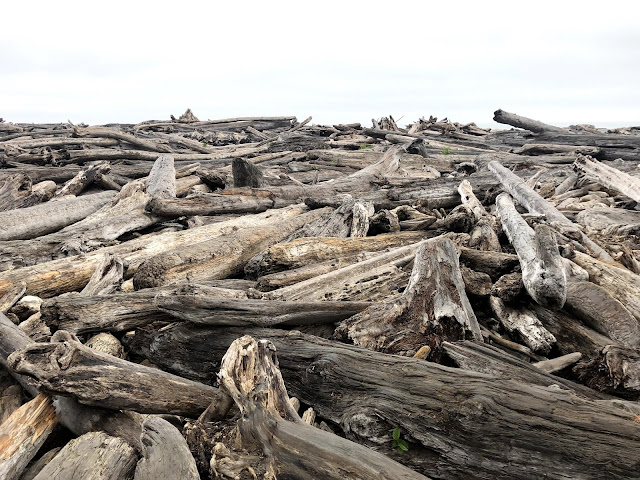 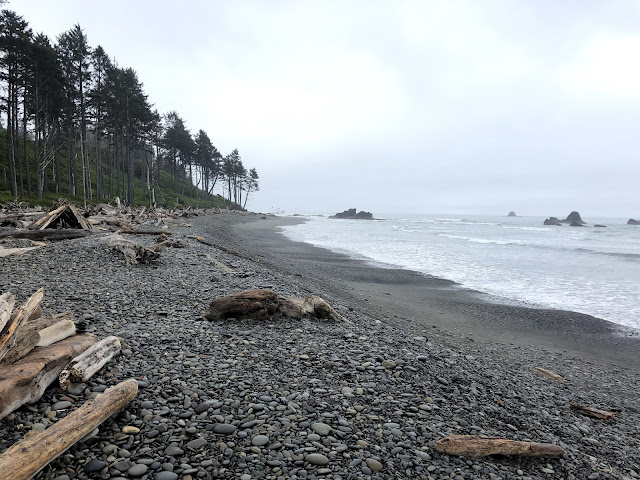 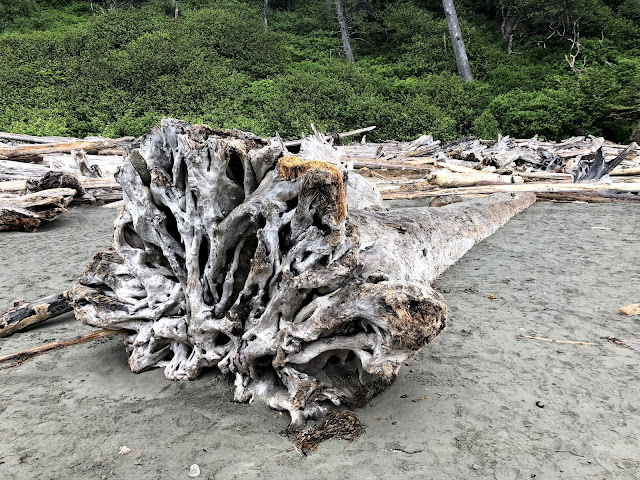 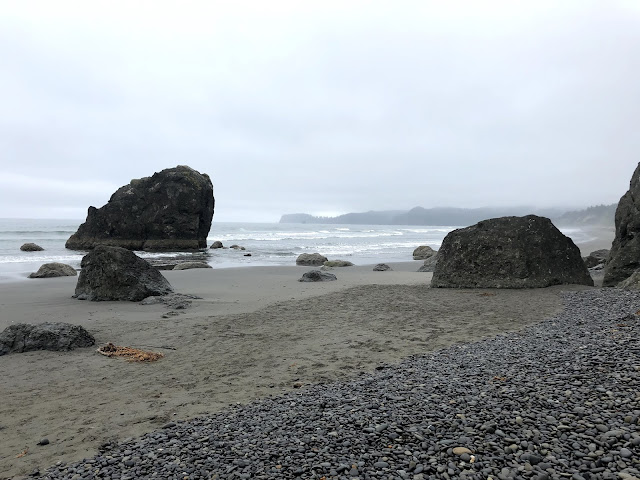 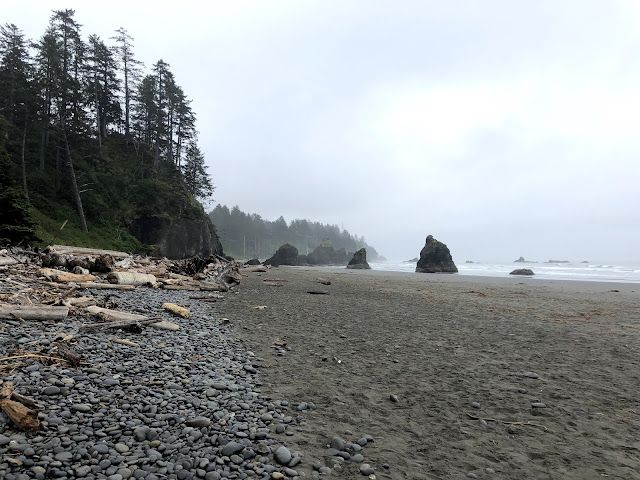 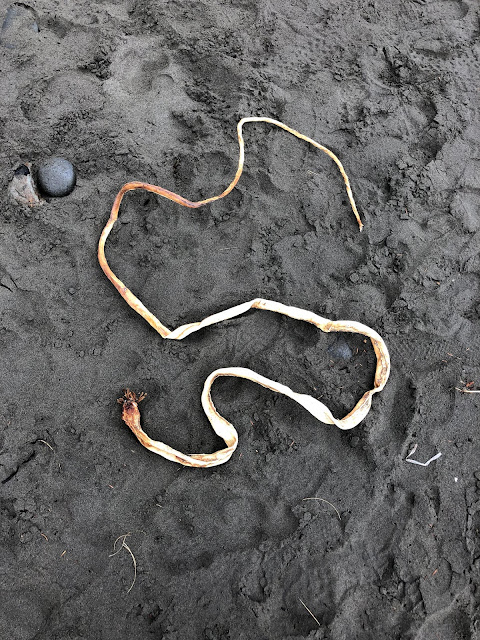 After exploring the beach, I drove to the Hoh Rainforest. Some of my favorite photos from the trip are coming in the next post!
Posted by Caroline Leland at 1:04 PM