This week I bade my dear worms farewell. These worms have been with me since August of 2015, traveling with me from Austin to Nashville to NC to NYC... but tragically, in Tarboro the worm bin was invaded by a family of drain flies. According to Wikipedia:

Drain flies, sink flies, filter flies,[1] or sewer gnats (Psychodidae) are small true flies (Diptera) with short, hairy bodies and wings giving them a "furry" moth-like appearance, hence one of their common names, moth flies.[1] There are more than 2600 described species worldwide, most of them native to the humid tropics. This makes them one of the most diverse families of their order.[2] Drain flies sometimes inhabit plumbing drains and sewage systems, where they are a harmless but persistent annoyance.

Protected by the extremely fine water-repellent hairs covering their bodies, adults and larvae are difficult to drown,[8] and are not affected by contact with most water-borne toxins such as bleach. Boiling water has little or no effect on the adults for the same reason, and even the eggs are highly resistant to both chemical or thermal assault. Eggs can also withstand periods of dehydration. Extermination of this household pest depends on the maintenance of clean household drains for a period of at least three weeks.[citation needed]

The flies started showing up in my dad and stepmom's laundry room when I was at home over the holidays, and they were not thrilled. They asked me to find a solution. The helpful folks on the Internet's various message boards all assume one's drain flies are living in one's drains, rather than coexisting with a set of earthworms one does not wish to harm. So there were no obvious solutions. A week or so later, I brought the worms and the flies with me to NYC. I kept the worm bin under my bed, and for the most part the flies weren't a major nuisance. There were just always 3-5 of them perched on the walls around my bedroom.

Drain flies do not carry any human diseases, so I took the time to try a few different ways to get rid of them. First, I thought getting rid of the paper towels under the worm bin might rid the flies of their breeding grounds. I replaced the paper towels with cardboard to no avail.

Next, I thought the dirt was obviously just too moist, since drain flies like living in drains. I put off feeding the worms for a couple of weeks, since too much food in the bin can make the environment moist.

Next, I went to the hardware store and bought fly paper (which is amazingly cheap!). I taped it to the underside of the container lid and waited another week. No resulting reduction in fly visitors. I had black streaks all over my bedroom walls from how many of them I smushed. I have a high tolerance for weird and mildly gross situations like this, but it was getting old even for me.

But before I gave up, I tried one more solution – a suggestion my supportive friends Lisa and Jim found online. I carried the worm bin outside with a large pot of water, two sifters, and several large cooking bowls. I wasn't sure exactly how the procedure would work, but the idea was to rinse off the worms and then re-bed them in brand new, fly-less dirt. 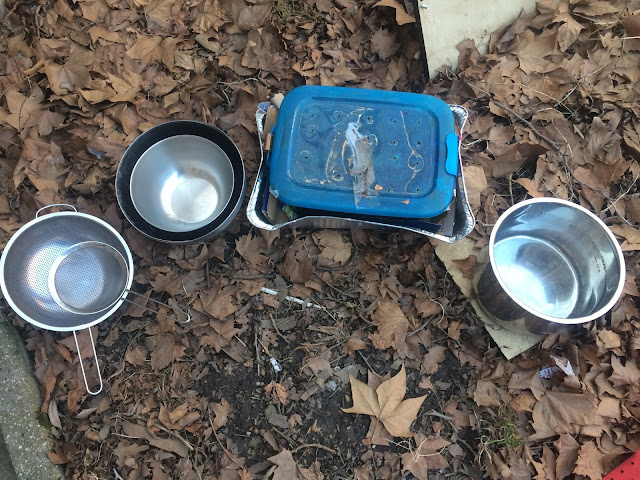 I wish I had photos of my attempts (my hands were covered in worm poop so I couldn't pick up my phone). In the end I was faced with a giant pot full of dark brown water, some drowned worms, some frozen worms, and some clogged kitchen strainers. So I set the worms free. 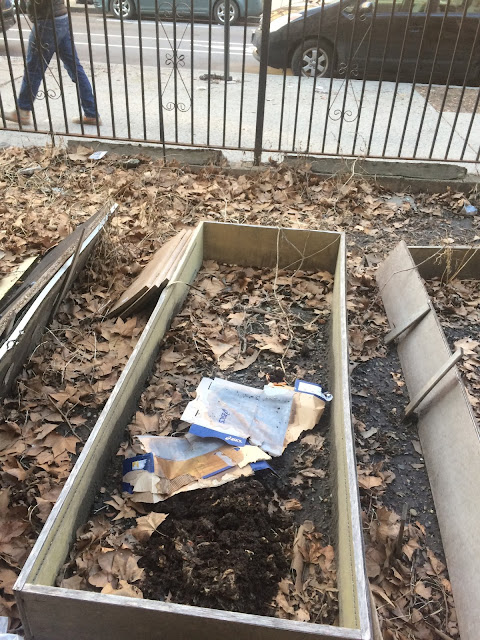 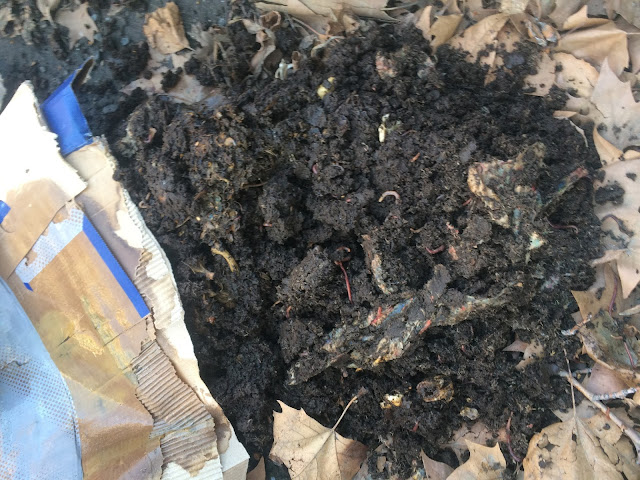 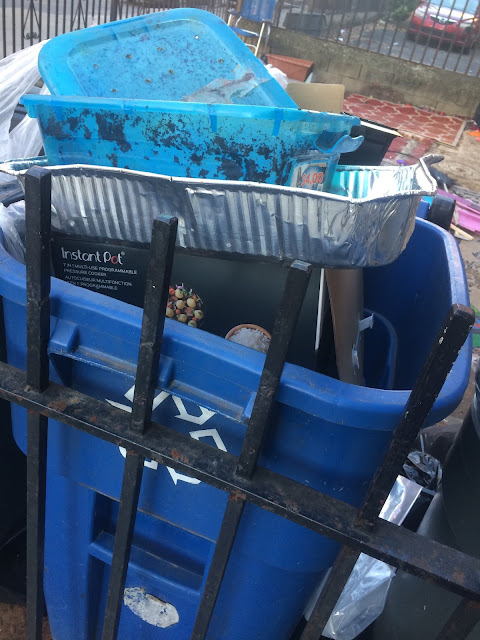 I then went back upstairs and thoroughly washed my roommates' mixing bowls. As this outdoor scene was unfolding, I struggled to come up with a way to explain it to a roommate if one of them happened to get home from work early. Needless to say, I hadn't told them about the insect infestation I'd hidden under my bed.

I'm sad that I wasn't able to keep the same worm family going for years and years. Hopefully they will survive long enough outdoors to live normal worm lives in the tiny plot of ground in front of my apartment building. It's winter but the nights haven't been below freezing. No point worrying about it now.

I will order a new set of worms from Uncle Jim's Worm Farm sooner rather than later. I really enjoy composting and being able to keep living things alive (as long as they are worms and not flies. I have to draw a line somewhere).