In January, my 21-year-old sister asked if I could introduce her to any of my friends living in San Francisco. She wants to spend her summer interning there, and thought it would be helpful to speak with people already working there. One of the introduction emails I sent was to an old friend whom I met through my college scholarship program, someone who actually hosted me at UNC during the scholarship finalist weekend in my senior year of high school. One thing this friend and I had quickly found out that we had in common was we had both lost a parent at age 11.

In the casual catching-up email conversation that proceeded from my sister's introduction, I sent that friend, Sam, a personal essay I'd recently written for Southern Foodways Alliance's print quarterly Gravy. The essay is the first piece of writing I've published about my experience with grief, and I thought Sam would appreciate it.

She liked it so much she asked permission to share it on social media, and in response she also told me about an organization called The Dinner Party. "I feel like you'd be a stellar host," she said in her email. I clicked the link.

WE ARE A COMMUNITY OF MOSTLY 20- AND 30-SOMETHINGS WHO’VE EACH EXPERIENCED SIGNIFICANT LOSS. WE GET TOGETHER OVER POTLUCK DINNERS TO TALK ABOUT THE WAYS IN WHICH IT CONTINUES TO AFFECT OUR LIVES AND HOW TO THRIVE IN #LIFEAFTERLOSS.

Intrigued, I filled out the form for "joining a table," answering questions about my interests, my experience with grief, and what kind of people I most enjoy spending time with. The email I received in response told me that the Nashville "table" was at capacity and the national organizers were waiting for someone to step up to host a new group.

"I am totally willing volunteer as a host," I wrote back. "What does that entail?"

Fast forward three months, and I'm sitting at a table with six other people, laughing and crying about the absurdity of death. And the absurdity of life. And the beauty of togetherness. Eating tacos. Drinking wine. I was in awe at the strength and courage of the people who surrounded me: a woman whose alcoholic father died during withdrawal 11 weeks ago, a man who'd lost a brother to addiction and suicide two years ago, a woman whose 30-year-old husband's heart had stopped suddenly just one year ago.

The bravery in telling those stories, the honor of listening to those stories, the responsibility of listening compassionately — that space was sacred. These weren't people I'd normally seek out as friends, whether because of difference in career paths or the six-to-fifteen-year age gaps — but I feel lucky to have met them and to have sat with them in that context. We started the night with a toast to the people missing from our lives, and we ended the night with an agreement to meet again as soon as possible.

I moved to Nashville without knowing anyone here. I've developed friendships with a handful of people whom I plan to stay in touch with after we've parted ways — but in a year of actively investing in relationships, I haven't had a single night that comes close to the raw and genuine openness and connection I witnessed through The Dinner Party.

Here's to my mother Lisa, and here's to breaking bread with a group of people who understand. 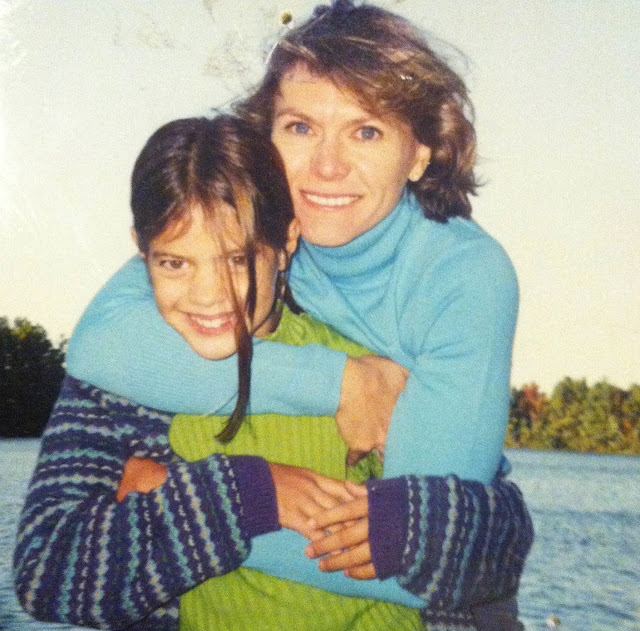 Posted by Caroline Leland at 11:40 AM No comments:

I hadn't been to Memphis since I was a baby, so this weekend I drove the three hours to visit the National Civil Rights Museum and to see a bit of a new place. 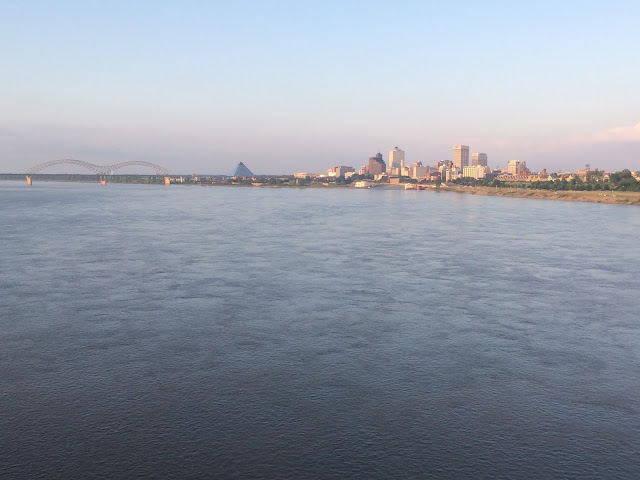 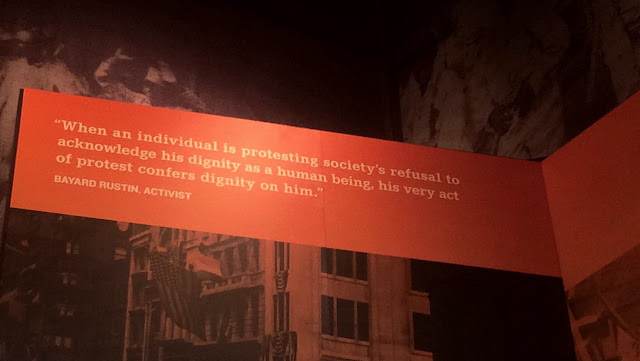 The Civil Rights Museum was extremely impressive. Thorough, thoughtful, honest, and realistic without being aggressive. A really emotional experience that was at once humbling and inspiring. I wish all Americans were required to see it. 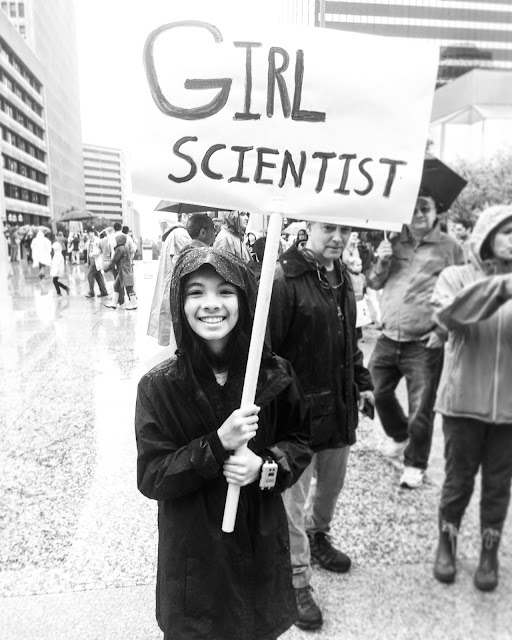 I woke up at 6am to drive back to Nashville for the March for Science. It was worth it just to see this girl with her sign.
Posted by Caroline Leland at 12:41 PM No comments:

How can one city be so beautiful? Visiting always makes me want to move to San Francisco. I know I would miss my family and East Coast friends a lot, but the sheer beauty of this place would probably be worth the distance. I'm lucky to have such wonderful friends in this city, too, who are like a breath of fresh air after the stifling loneliness of my work-from-home isolation in Nashville. 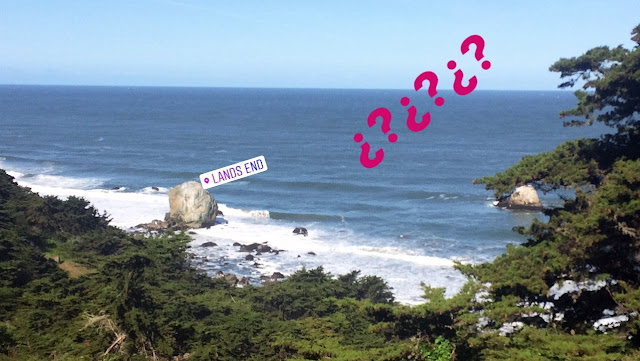 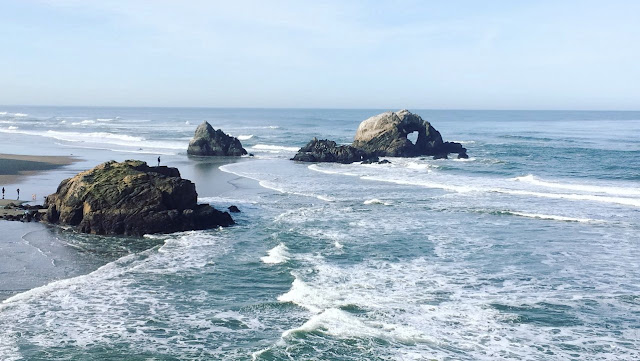 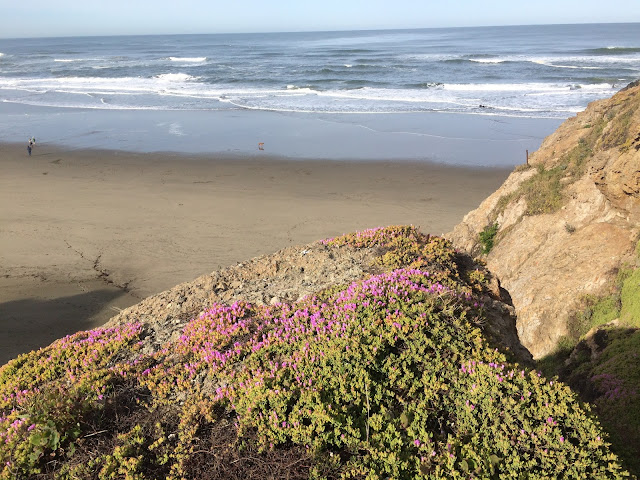 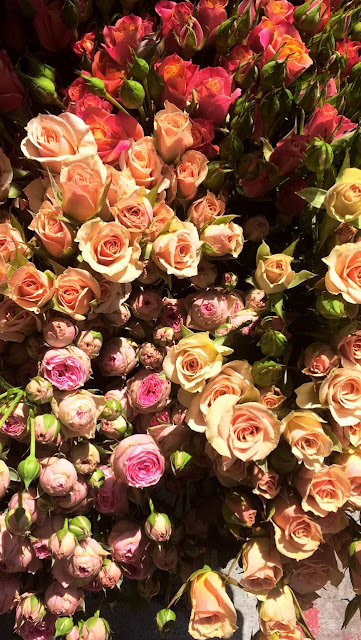 Posted by Caroline Leland at 12:18 PM No comments:

Realizing Cheekwood's 100,000 tulips were nearing the end of their season, Lisa and I made plans for a lovely afternoon visiting Nashville's biggest garden. Simply being in beautiful spaces is incredibly refreshing for me. These pictures are unedited, so keep in mind the flowers were even more beautiful than what you see here!
. 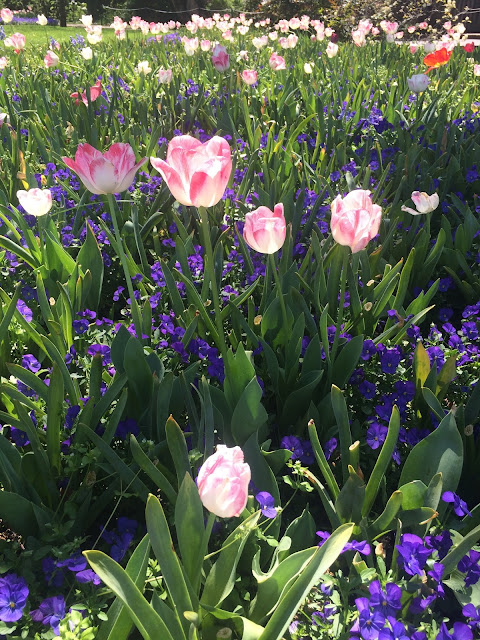 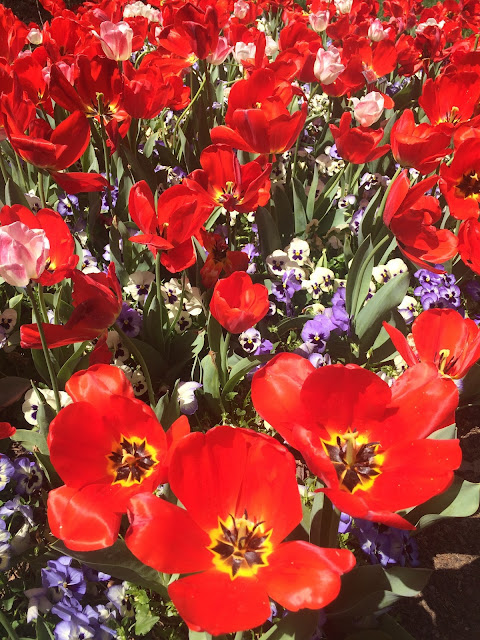 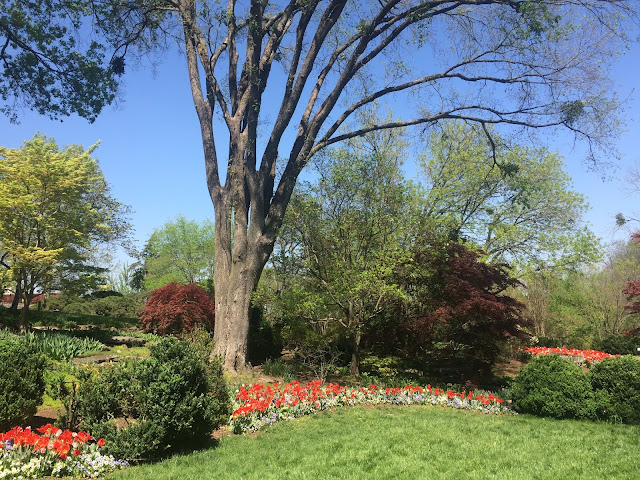 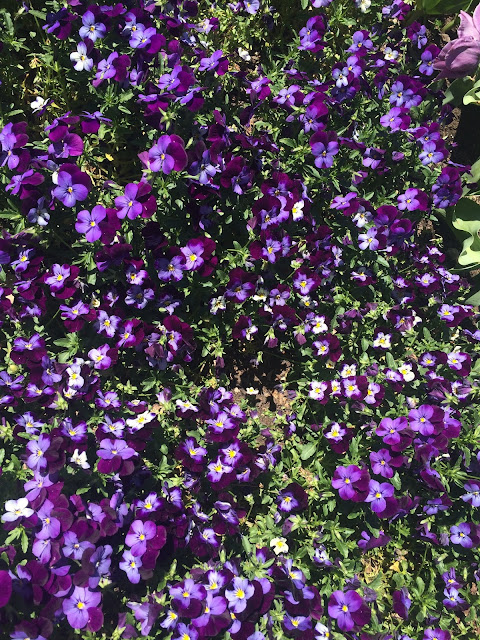 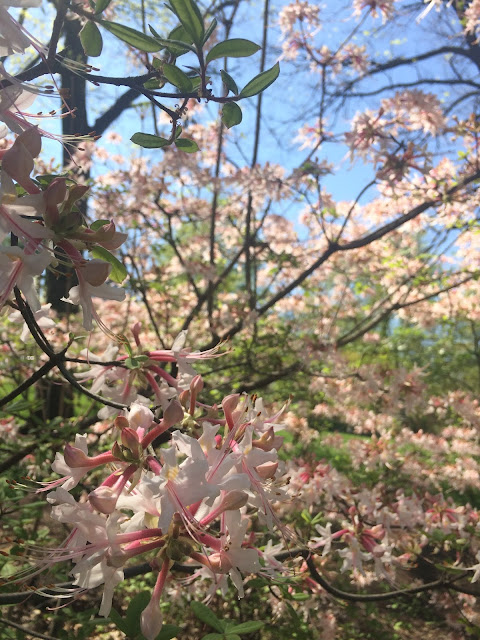 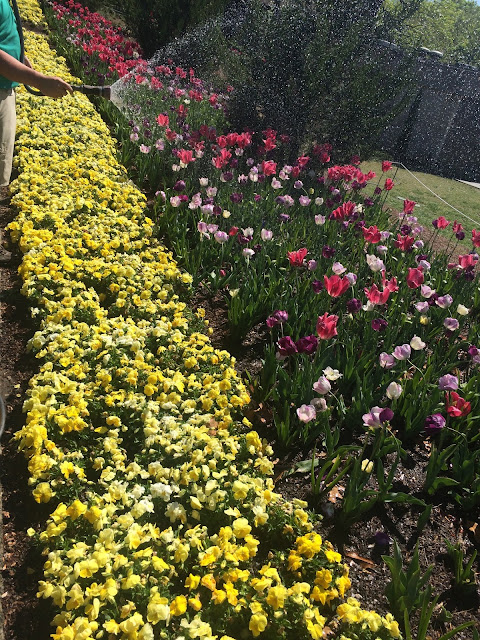 Posted by Caroline Leland at 12:45 PM No comments: